This Chicago born musician picked up his first set of drum sticks at the tender age of two and made his professional debut at only thirteen years of age with Walter Whitman and the Gospel Soul Children.

G! is a vibrant talent who has his musical/songwriting roots firmly planted in Gospel Music.

As a young man attending Rust College in Holly Springs, Mississippi, he received more than a college education. It was there that he honed his craft playing with the gospel groups throughout the south. The lessons learned from this 'roots' background merged with his urban Chicago savvy. The marriage of these musical genre is what allows G! to bring a fresh perspective to his performing and songwriting.

G! moved north from Mississippi to Memphis, playing at various clubs along the famous Beale Street. He played with many blues greats, including one of his longtime influences and a dear friend, Albert King. During his time in Memphis, he also played with the Muddy Wolf Band, which featured guitarist Larry Lee (Jimi Hendrix's guitarist at Woodstock).

California was the next stop on G!'s musical journey. Blues, Reggae and R&B were the musical venues he worked while in the San Diego area. From there, it was home to Chicago, where he played the blues circuit with many legendary artists including: Eddie Burks, Byther Smith and Melvin Taylor. 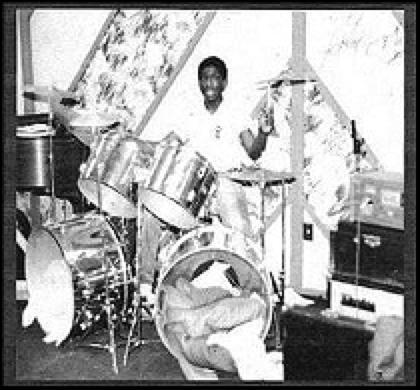 In 1994, while still in Chicago, G! Hooked up with guitarist Osee Anderson and the Hit Squad. (Osee Anderson formerly with Lonnie Brooks). He toured with Osee for two years leading him to Yellowknife NWT. He moved north in November of 1996 and spent the next couple of years writing, teaching and playing with local musicians as well as players touring from the south.

During 1999, G! toured throughout western Canada with Dale Jewett and the Silver Line Country Band.

After that he toured with Welders Daughter and the Karen Single Band.

With a hankering for warmer weather G! Headed back south to Vancouver BC to play with Rob Rowan and Savage West for 4 years until 2012.

Since landing in Lotus Land in 2005 G! Landed a role in Sucker Punch a major motion picture and was the only musician asked to perform live to the movie's sound track.

The kind of rare talent that he possesses is evident by his ability to create an emotional connection by playing with genuine feeling. That emotion shines though, not only in his playing but in the songs he writes. There is richness and a texture that permeates as you listen to him play all 5 instruments on his CD. (Drums, bass, guitar, acoustic guitar, keyboards and vocals plus harmony's).

He does justice to his past and is paving the road for a long a fruitful future. G! Is truly one of the Worlds most gifted and undiscovered songwriters.